Rabies Disease What is Rabies? 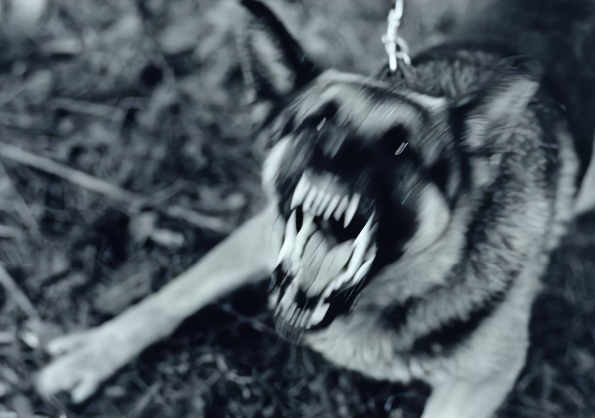 Rabies is an acute infectious disease of the central nervous system that can affect all types of warm-blooded animals and humans. The disease is characterized by severe dysfunction of the central nervous system and almost always ends in death. Rabies is one of the oldest known infectious diseases in Indonesia. Rabies virus belongs to the genus Lyssavirus and the family Rhabdoviridae.

As previously described, the rabies virus belongs to the family of rhabdoviruses, is neurotrophic, the magnitude of which is 100 x 140 nanometers. The core of the rabies virus consists of nucleic acids of RNA alone, which are genetic in nature. This nucleus is surrounded by ribonucleoproteins called capsids. The combination of the nucleus and capsomer consisting of units of protein molecules is called nucleocapsid, outside of which there is an envelope on the surface of which there are spikes. The nucleocapsid is a helical coil of the nucleus of a ribonucleoprotein complex formed by the rabies virus gene, in the form of a single chain of unsegmented RNA, a nucleoprotein, a phosphoprotein, and a dependent RNA RNA polymerase. The viral envelope consists of a membrane made of host lipids and 2 types of proteins namely G and M, these lipids can be dissolved with ether, so that the rabies virus is easily inactivated with solvent lipids. The viral envelope determines virulence while the RNA and nucleocapsid itself are not infectious.

Data on rabies that can be trusted in different regions are uneven, making it difficult to find out its effect on human health and in animals. WHO again calculated the number of rabies cases in 2004 and based on this data, the number of deaths worldwide due to rabies reached around 55000 people, the most in rural areas of Africa and Asia. Meanwhile, the number of people who receive treatment after contact with rabies-suspected animals reaches 10 million people every year. In the United States, rabies cases in different regions depend on animal control and immunization programs. The largest number of deaths in the country occurred in the early middle of the 20th century, with an average number of 50 cases per year. Most of them are caused by dog bites.

Rabies infections in humans can be said to be almost all due to the bites of animals that contain viruses in their saliva. Intact skin cannot be infected by rabies, but licking infected animals can be dangerous if the skin is not intact or injured. The virus can also enter through intact mucous membranes, for example, the conjunctival membrane of the eyes, mouth, anus, external genitalia apparatus. Foodborne transmission has never been confirmed whereas infection through inhalation is rarely found in humans. Only 3 cases were found that the infection occurred through this inhalation. After entering the body, the rabies virus will avoid destruction by the body's immune system through its binding to the nervous system. After inoculation, the virus enters the peripheral nerves. The long incubation period indicates the distance of the virus in those peripheral nerves with the central nervous system. Amplification occurs until the empty nucleocapsid passes into the myoneural junction and enters the motor and sensory axons. At this stage, preventive therapy is no longer useful and the course of the disease becomes fatal with mortality 100 %.

If the virus has reached the brain, it will multiply and spread into all parts of the neuron, especially having a special predilection to the cells of the limbic system, hypothalamus, and brainstem. After multiplying in central neurons, the virus then moves peripherally in the efferent nerve fibers and in the volunter and autonomic nerve fibers. Thus, the virus can attack almost all tissues and organs of the body and multiply in tissues such as salivary glands. Specifically regarding the infection of the limbic system, as it is known that the limbic system is closely related to the function of controlling emotional attitudes. As a result of the influence of infection of cells in this limbic system, the patient will bite his prey in the absence of outside provocations.

The criteria for rabies suspects are as follows:

After the rabies virus enters the animal's body, it will travel to the brain through peripheral nerves. Dogs, cats, and rabbits may be able to show a variety of symptoms, including fear, aggression, excessive salivation, difficulty swallowing, staggering, and seizures. Wild animals with rabies may only exhibit unusual behavior e.g. an animal normally seen at night may be found wandering during the day. In addition, this symptom may be seen in dogs, cats, horses, livestock, sheep, and goats with rabies may indicate depression, or increased sensitivity to light.

In the prodromal stage, the virus begins to enter the central nervous system. The prodromal stage lasts 2 –10 days and nonspecific symptoms begin to appear in the form of headache, weakness, anorexia, fever, fear, anxiety, muscle aches, insomnia, nausea, vomiting, and abdominal pain. Paresthesia or pain at the site of inoculation is a pathognomonic sign in rabies and occurs in 50 % of cases at this stage, and this sign may be the only early sign. After passing the prodromal stage, the stage of neurological abnormalities begins which lasts about 2-7 days. At this stage, there has been a development of diseases in the brain and the symptoms can be:

Spastic form (furious rabies): sensitive to mild stimuli, contractions of the pharyngeal and esophageal muscles, convulsions, aerophobia, stiffness of the slum, delirium, semicoma and hydrophobia. A very well known is hydrophobia in which when the patient is given a glass of drinking water, the patient will receive it because he is very thirsty, and try to drink it. This will, however, is hindered by the intense spasm of the pharyngeal muscles. Thus, he becomes so afraid of water that he hears the sound of splashing tap water or even hears the words water alone, already causing a violent contraction of the muscles of the throat. Spasms of the pharyngeal and respiratory muscles can also be caused by sensory stimuli such as blowing air into the patient's face or shining into his eyes. The patient will die within 3 – 5 days after experiencing these symptoms.

4. Paralytic form (dumb rabies): In this form the patient appears more silent than the furious type. Symptoms that can appear in this form are fever and rigidity. The paralysis that occurs is symmetric and may be thorough or ascending so that it can be confused with Guillain-Barre Syndrome. The sensory system is usually still normal.

2. Urinalysis : can be found albuminuria and a small amount of leukocytes.

3. Microbiology: Culture of rabies virus from the patient's saliva within 2 weeks after onset.

4. Histology: pathognomonic signs can be found in the form of Negri bodies (inclusion bodies in the eosinophil cytoplasm) in neuron cells, especially in vaccinated cases and patients who can survive after more than 2 weeks.

6. Cerebrospinal fluid : monocytosis can be found while proteins and glucose are within normal limits.

Drug poisoning can show symptoms similar to rabies such as coma (hypnotic drug intoxication), pupil mydriasis and anisocor (intoxication of atropine or morphine), seizures (intoxication of amphetamines), obstruction of the breath center (insecticidal intoxication), to cardiac arrest (intoxication of tricyclic antidepressants and digitalis). All of these symptoms can be found in rabies if the virus has invaded the central nervous system. Careful and meticulous anamnesis is necessary to distinguish these two disorders.

Rabies itself can cause viral encephalitis so that the symptoms that appear are very similar, for example abnormal behavior, personality changes, seizures, headaches, and photophobia. Allergy to rabies vaccines can also cause encephalitis. Anamnesis regarding the history of animal digigt, contact with saliva, as well as traveling to rabies endemic areas can establish a diagnosis.

Like rabies, tetanus can also cause fever, pain and paraesthesia around wounds and spasms. However, seizures in tetanus are tonic in nature and the presence of contact with wild animals can distinguish the two.

Overreaction due to being bitten by an animal occurs immediately after the sufferer comes into contact with the animal while in rabies this is not the case due to the incubation period.

Similar to paralytic type rabies, but in polyomyelitis there is fever and paralysis which are asymmetric, areflection, and muscle atrophy (symptoms of LMN). (2,3,14)